Memoir Writing: How to Find Your Voice as a Writer 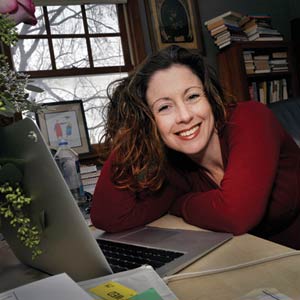 Writing a memoir sets you on an inner voyage of discovery. At the end of it you’re almost bound to know yourself much better than you do at the start.

A vital key to writing a successful memoir is finding your voice as a writer. The irony is that you may have to listen to many other voices before your own comes through.

Your authorial voice is an organic thing that makes your writing unique. But how to unearth it successfully differs from person to person.

Some lucky people simply start to write, and the voice of their earlier self suddenly bubbles up and they simply channel it. For others it’s not so easy. When you start to write, there are likely to be psychological restrictions you’re unaware of: parental dictums to be polite; fear of hurting or embarrassing family members; the restrictions imposed by well-meaning teachers; even the sense of what is syntactically correct can all interfere with voice.

One way to get the flow going is to read lots of different memoirs. I’ve read hundreds of memoirs by now and they’ve all helped to put me in writing mode.

Reading other memoirs can provide permission. ‘She dared say that!’ you think, and a hidden part of you that has been crouching in the attic of your psyche for years, ignored or reviled, starts to stretch and parade herself. And there are things she’s desperate to tell you.

Like how you really felt when you moved house at the age of nine. And why you stopped dancing classes at the age of twelve. And who you really had a crush on, even though they weren’t at all cool. This disowned self is far more interesting and subversive than you realise and if you let her speak she may give your writing a force and immediacy that might otherwise be lacking.

When I first started writing it became apparent after a while that I was repressing the most interesting and subversive parts of the narrative. I would describe the event and then find myself mentally rehearsing something I hadn’t thought interesting enough to include. Hmmm. Over a period of time it became clear that the most interesting things were the things that I didn’t want to look at.

Good writing is about bravery. It’s about daring to look. Experiencing the feelings again is likely to be painful. But the pain won’t last. The record will.

When I consider voice, I find myself also looking at style, tone and language. Perhaps voice is the combination of these, powered by the essence of the narrative self who is the subject of the memoir.

When you read other memoirs, take note of the tone, as that is a key aspect of voice. Tone can range widely from highly emotional to melodramatic, from blackly humorous to cheerful or self-contained (and can also be a combination of any of these).

Also important is language, which also varies depending on the aims of the writer. For example, you can use language to bring the reader closer to the emotion or distance them from it. Language combines with tone to tell the reader who the narrator is, what life stage they’re at, and how much distance they have from the subject matter. 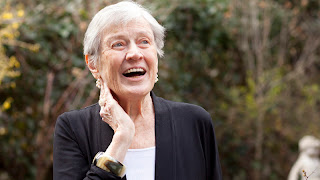 Out of all the many possible examples of memoirists I want to choose two that illuminate voice. Both are excellent writers yet their styles are in  sharp contrast, at either end of two extremes.

In Borrowed Finery, Paula Fox (above) writes about a horrific childhood in small, jewel-like vignettes that have a haiku quality about them. They are highly visual recollections that together make up what one admiring reviewer called  ‘a montage of scenes and epiphanies’.

Fox was abandoned by her feckless parents at birth, and passed around from person to person, sometimes finding temporary sanctuaries, often not. In writing her memoir she seems to have stuck to the rule: ‘thou shalt not wallow’. There is little sentiment here and no self-pity. There is a sense of someone surviving sufficiently to retain the observer self, who notices the unique detail and stores it for later.

Whether a restrained style is right for you will depend on your strengths as a writer and your subject matter. If you want to write with drama and urgency, you’ve got to read Marya Horbacher (pictured at top). She’s written two outstanding memoirs, Wasted: A Memoir of Bulimia and Anorexia and Madness: A Bipolar Life. The first details a near-fatal eating disorder that Hornbacher developed at the age of nine; the second her experience of, and coming to terms with, a severe form of bipolar disorder. Hornbacher’s work is fast-paced, highly dramatic and a miracle of immediacy. She is a lyrical writer from whom the words seem to pour.

Hornbacher’s work is also noteworthy because, especially in Wasted, she combines an intellectual and at times scholarly approach with a highly vernacular, heightened and poetic style. A chaotic, free-for-all quality accompanies the powerful imagery and strong narrative drive.

There are occasional drawbacks to both styles. Fox has deliberately stripped emotion from her writing; Borrowed Finery  is almost an essay protesting the misery memoir genre. At the same time it occasionally becomes a little frustrating to read because you don’t get much of a back story (or a sense of Fox’s adult life – perhaps a sequel is required).

And while Hornbacher is brilliant, quixotic, un-put-downable, at times the reader feels trapped in the narrator’s hellish world and, especially in the earlier work, her self-destructive tendencies (of course, involuntarily identifying with the writer’s experience is a sign of good writing and probably what Hornbacher intended).

Neither of these memoirists is ‘wrong’. Far from it. Both have sought and found the voice that’s right for them.

Are you struggling to find your memoir voice? Which writers have helped you?
Tweet
Posted by Inspired at 3:19 PM

Check Out My Memoir! 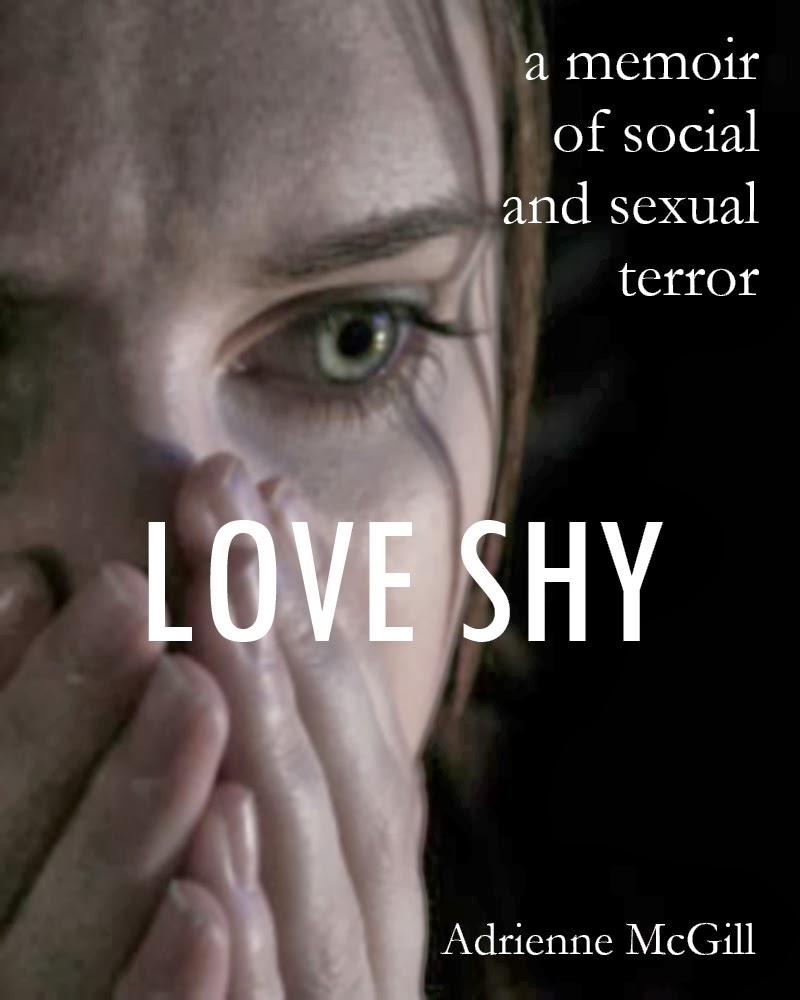 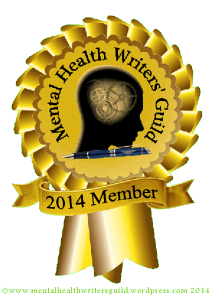